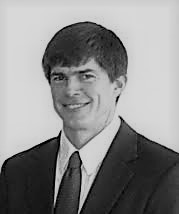 David Perry is Vice President of Corporate Strategy for Protective Life Corporation. Prior to joining Protective, David served as Director of the Finance Department for the State of Alabama and as Chief of Staff to the Governor of Alabama. He also practiced law for several years with the firm of Maynard, Cooper & Gale, advising clients in matters involving mergers and acquisitions, securities, economic development, governmental affairs and general litigation.

David is actively involved in his community and serves as an Elder, Trustee, and Treasurer at First Presbyterian Church of Birmingham, as Chair of the Advisory Board for Southern Research, and as a board member for the Alabama Appleseed Center for Law and Justice. He is also a graduate of Leadership Birmingham. David initially joined the board of the Birmingham Education Foundation in 2010, and rejoined in 2018.

David graduated from Duke University (B.A.) and the Northwestern University School of Law (J.D.). He is married to Emily Schultz and has two children – Davis and Madeleine.